Warning: Use of undefined constant OF_FILEPATH - assumed 'OF_FILEPATH' (this will throw an Error in a future version of PHP) in /home/customer/www/centcal.com/public_html/wp-content/themes/centralcalifornia/admin/admin-interface.php on line 19
 Morro Bay | Central Califormia 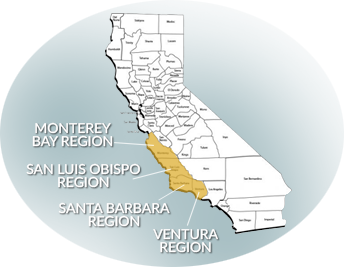 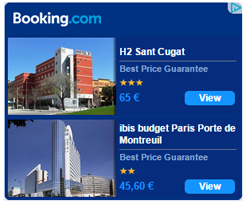 Starting from the south, the regions are Ventura, Santa Barbara, San Luis Obispo, and Monterey Bay. These four areas encompass everything you expect from the California coast, with miles of rocky shoreline, dreamy beaches for swimming and surfing, and panoramic views out over the Pacific. But these regions also extend far inland and take in both towering mountains and rolling hills. Some areas are even desert-like too.

The Ventura Region is home to the coastal cities of Ventura and Oxnard but is about more than the beach too. Backed by rugged mountain terrain, the arty Ojai Valley looks like a vintage orange-crate label come to life while  the region’s Heritage Valley is a fertile agricultural area of farms and small towns. The Santa Barbara Region has been dubbed the American Riviera thanks to the Mediterranean architecture, incomparable beaches, and the dramatic mountain backdrop of its namesake city. The region also extends beyond the city of Santa Barbara and into the north county, where you can taste your way through several wine regions that are winning international acclaim. The San Luis Obispo Region is roughly halfway between San Francisco and Los Angeles, and lets you explore everything from vintage beach towns to celebrated wine regions.

The city of San Luis Obispo offers a walkable, historic downtown while north along the coast, you’ll find the legendary Hearst Castle and wild, unspoiled beaches. The Monterey Bay Region, the most northerly of the Central Coast’s areas, ranges from the rugged coastline of Big Sur all the way to communities on the southern edge of the San Francisco Bay area. Carmel is one of California’s gallery centers, the city of Monterey is home to the world-renowned Monterey Bay Aquarium, and Santa Cruz is part beach town and part college town—and always independent in spirit.

Each of the four regions has busy and thriving wine industries and gorgeous towns notable for their classic architecture, history, and contemporary dining and shopping scenes. Anyone who loves the outdoors will find all sorts of things to do on the Central Coast including surfing, kayaking, biking, and fishing.

For that matter, the Central Coast’s food scene is as diverse as its outdoor recreation, with fresh seafood restaurants in harbor towns, sophisticated bistros, and even the region’s own home-grown tradition: Santa Maria-style barbecue. And farmers’ markets, including the celebrated Thursday night market in San Luis Obispo, serve up the bounty of the season, whether its delectable strawberries or heirloom tomatoes. So if you’re looking for the real California—unspoiled coastline, rolling vineyards, and golden hills— then head out on The Original Road Trip and explore the Central Coast.